Families are being told to brace for Easter travel chaos amid warnings nearly 30million drivers are set to hit the country’s roads next weekend while dozens of flights could be canceled every day this week as major airports descend into bedlam.

The AA estimates that more than 27.6million car journeys are being planned for over the four-day weekend, with 13.6million of those expected on Good Friday alone – leading to mounting fears of tailbacks on popular tourist routes.

Meanwhile staff shortages and the post-Covid holiday rush threatens to cause further delays and huge security queues at airports including Heathrow and Manchester, while engineering works on Britain’s rail networks are set to cause disruption for train passengers. 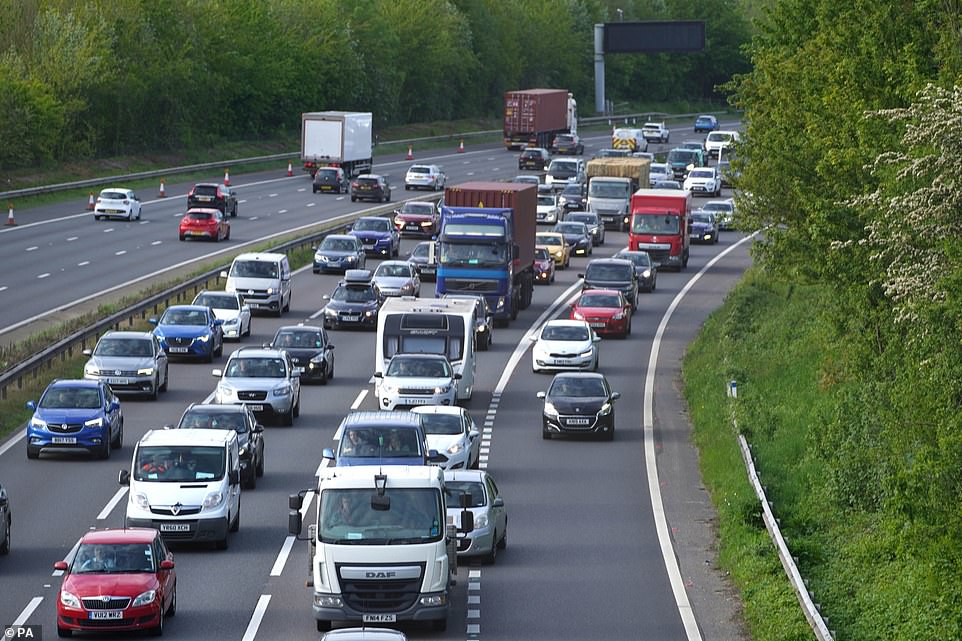 The AA estimates that more than 27.6 million car journeys are planned between Good Friday and Easter Monday 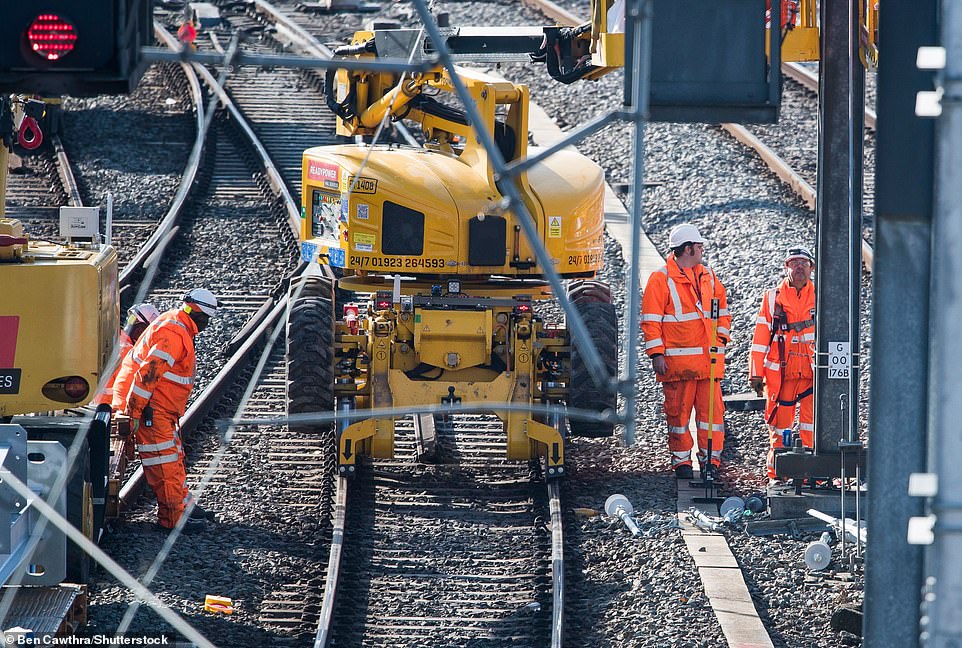 The boss of the Civil Aviation Authority fired the warning shot in two rare letters to airline and airport chiefs after several days of cancellations and bedlam inside departure halls.

Richard Moriarty said he was concerned by the service travelers have received in recent days and warned airlines to offer a more realistic number of flights based on staffing levels.

Some airlines are struggling to recruit fast enough to keep pace with surging passenger numbers amid the Easter holidays and after all Covid travel restrictions were dropped last month.

Mr Moriarty said it was the CAA’s ‘expectation’ airlines and airports work better together so that ‘disruption is kept to a minimum’. He added airlines should give travelers plenty of notice of cancellations and avoid doing it at the eleventh hour when they are already at the airport.

Mr Moriarty’s letter went on: ‘I would also like to take the opportunity to remind you of your legal obligations… to offer passengers a choice of refund or alternative travel arrangements at the earliest opportunity.’

Last week, more than 1,100 flights to and from the UK were cancelled, mostly by British Airways and easyJet partly due to staff shortages. Yesterday, BA axed 74 flights and easyJet cut 52, affecting 15,000 passengers. 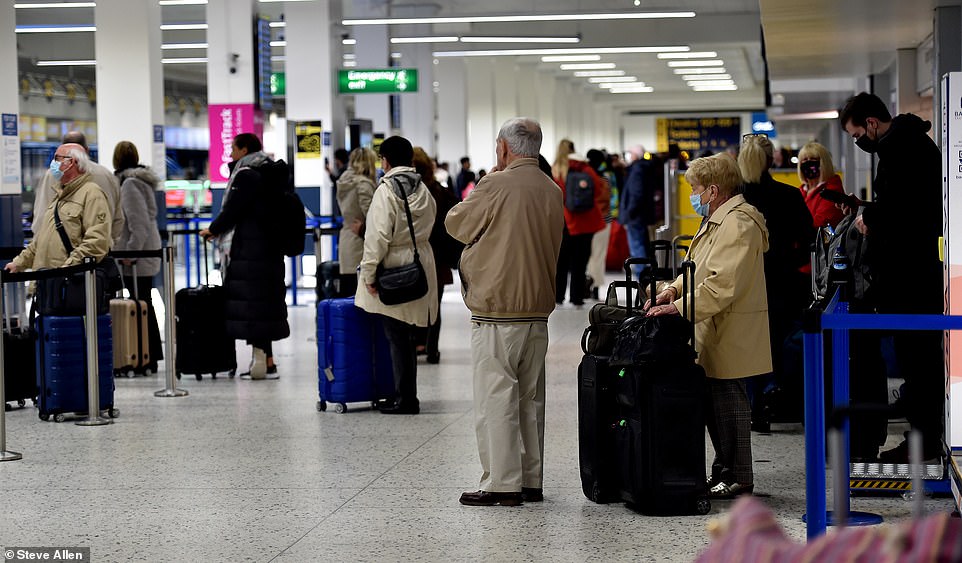 Richard Moriarty, head of the CCA, said he was concerned by the service travelers have received in recent days and warned airlines to offer a more realistic number of flights 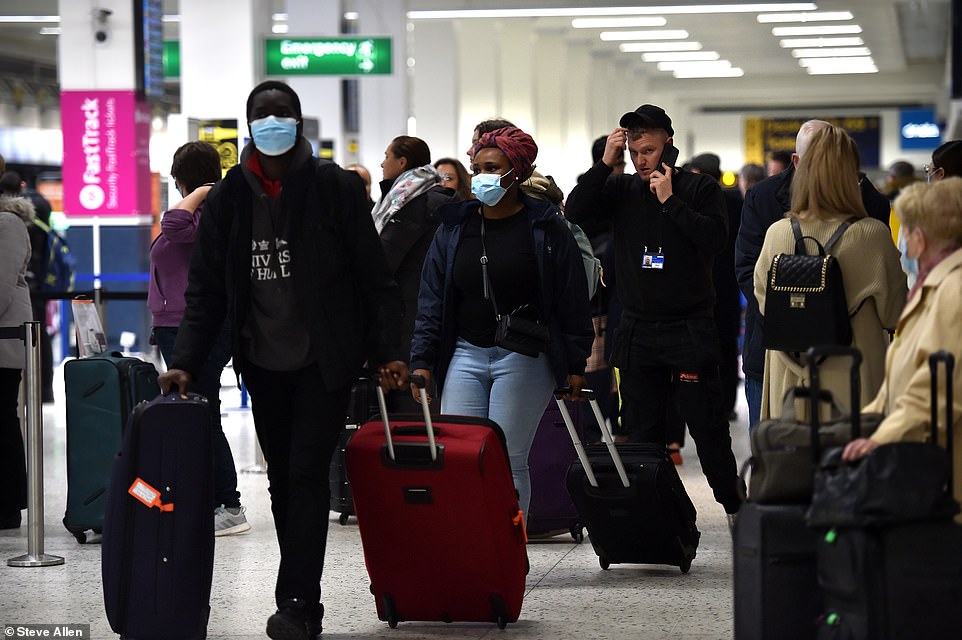 Above: Travelers at Manchester. The boss of the CAA fired the warning shot in two rare letters to airline and airport chiefs

Queues were so large at Manchester that some travelers missed flights. Passengers reported it taking several hours to check in, get through security and collect luggage. There have also been bottlenecks at Heathrow and Birmingham airports.

Manchester Airport management were due to meet political leaders and unions to discuss the ongoing situation, after Blackley and Broughton MP Graham Stringer challenged them to ‘get a grip or get out’.

Tourism chiefs were last night finalising emergency plans to avoid travel chaos as chaosmakers brace for one of the busiest weekends this year.

Passenger numbers are expected to ramp up again this weekend as travelers who could not get away last week jet off and the first wave of holidaymakers return.

Airports have been arrived customers to check with their airline customers when they should arrive, with some insisting passengers as early as three hours ahead of their departure time but no earlier – to prevent queues.

Meanwhile, large swathes of the rail network will close for £83million-worth of engineering works over the busy four-day Easter weekend.

More than 500 signaling and track upgrade projects across the country include the closure of London’s Euston and Victoria stations to most services.

Trains into London from the North West and West Midlands will instead stop at Milton Keynes Central, meaning other routes into the capital face being overwhelmed. 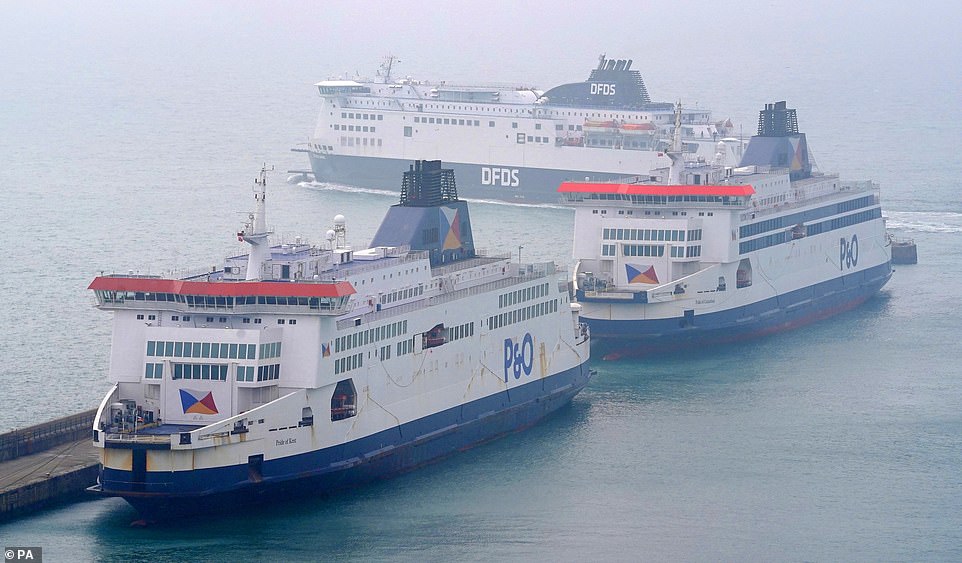 Pictured: A DFDS ferry passes the P&O Ferries the Pride of Kent (left) and the Pride of Canterbury (right) moored at the Port of Dover in Kent, as the latter’s services remain suspended following P&O Ferries sacking 800 workers without notice 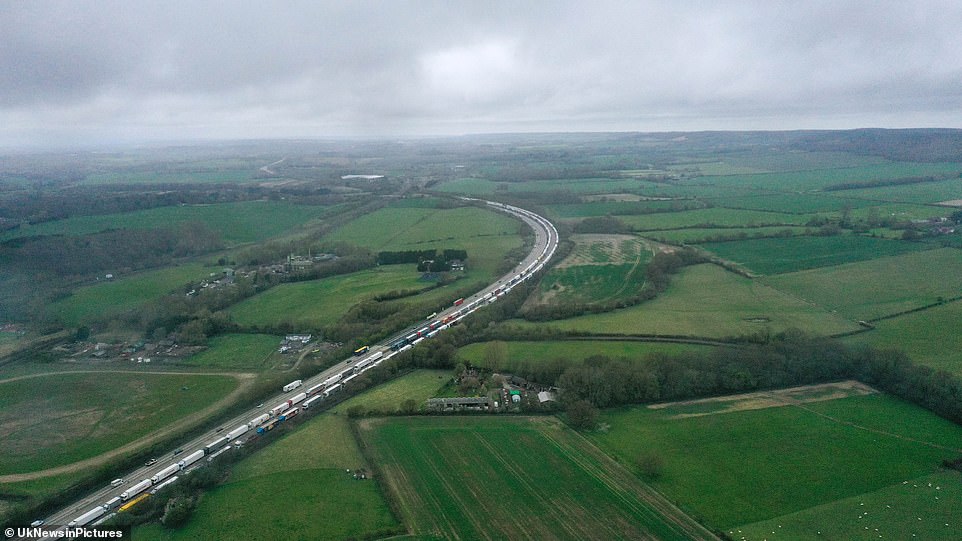 As well as chaos at airports, high demand for DFDS ferries in Dover has soared leading to huge traffic queues in Kent

It comes as customers of the disgraced P&O Ferries channel crossing operator face having their Easter holidays ruined after fully-booked rivals said they cannot honor their tickets from Dover to France this weekend.

Roads in Kent have been hit by long queues in recent days due to a shortage of ferries caused by the suspension of sailings by P&O Ferries.

Anyone with a ticket from P&O has been able to travel with DFDS, one of Europe’s largest shipping operators, over the past few weeks.

This came as a result of the company suspending its services after it sacked 800 crew members last month and is in the process of replacing them with cheaper agency staff.

But this mutual agreement is coming to an end today, leaving ticketholders rushing to get refunds from P&O and rebook with its competitor.

This could lead to further queues and gridlocked roads around the Port of Dover, following three-hour waits last Saturday owing to fewer services in the wake of the redundancy debacle.

The operator said it plans to resume operations on the Dover-Calais route next week pending regulatory approval.

On UK roads, the AA estimates that more than 27.6 million car journeys are planned between Good Friday and Easter Monday. 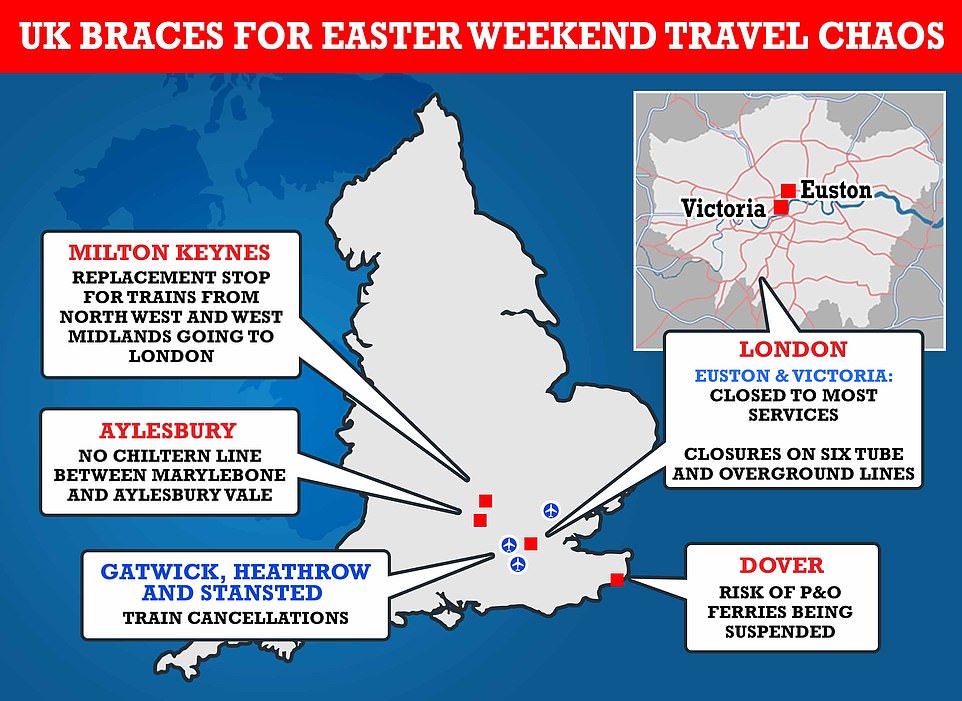 Some 13.6 million are expected on Good Friday alone, leading to fears of tailbacks on popular tourist routes.

‘With more than 27.6 million trips planned over the bank holiday weekend, we can expect significant congestion across the UK as people flock to coastal resorts and holiday homes.’

An AA survey of 14,000 drivers indicated that 53 per cent will use their car to go on holiday in the UK this year.

About 20 per cent will not go on holiday in 2022 due to financial pressures.

Latest Government figures show the average price of petrol at UK forecourts on Monday was 161.9p per litre, while diesel cost 176.0p per litre.

Those making Easter getaways by other modes of transport also face difficult journeys.

Meanwhile, new figures show the UK’s tourism industry is beginning to recover after being hit hard by travel restrictions introduced during the coronavirus pandemic.

Trade association UKinbound, which represents more than 300 businesses dealing with tourists visiting the UK, said 39 per cent of its members are reporting that international bookings and visitor numbers for between April and June are expected to be the same or higher than pre-pandemic.

The US market is recovering the strongest, with one in three businesses seeing growth in that area.

But some 61 per cent of firms expect demand to be lower, indicating how much of the sector is continuing to struggle.

UKinbound chief executive Joss Croft said: ‘It’s fantastic to see international travelers returning to the UK and we’re delighted to see the strongest growth from our number one market, the USA.

‘The ending of all UK travel restrictions has given international consumers the confidence to begin traveling here again.

‘Compared with 2020 and 2021, business is booming, but we’re significant lagging behind 2019 prosperity and our competitors.’