How Aussie family-of-four live a mortgage-free life in their custom van after quitting their jobs and taking their kids out of school: ‘Be brave and take the plunge’

An Australian couple has told of how they quit their jobs, sold their house and plan to live their life on the road with no mortgage or debts indefinitely.

Tamara and Joey, from Victoria, sold their family home last December with the plan of living in their caravan daughters and traveling Australia with their two Suri, nine, and Meadow, eight.

Speaking to 7Life, they said they were nervous to uproot their lives to live on the road but decided to take the plunge anyway – and have no regrets.

‘Why work all your life to retire and then drop dead?’ Joey asked.

‘If Covid has taught us anything, it is that life is too short. You don’t know what tomorrow will bring,’ Tamara said.

The family-of-four have few bills and are living off the sale of their house and some savings.

Tamara, 44, admitted she had a tough time leaving her job as a hairdresser and telling her clients she wouldn’t be returning but said she would pick up work when she needed to make an income while traveling. 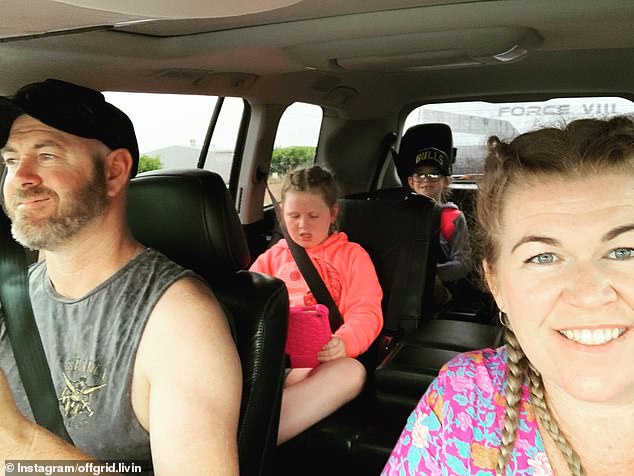 Joey was working 12 hour shifts at a winery and hopes to find odd jobs along the way especially when the family head to Western Australia’s Margaret River wine region.

The 40-year-old dad plans to teach the girls himself with their school, which they left earlier this month, agreeing to keep in touch with the occasional video call.

Residing currently on the banks of the Murray River not far from their old home south of Mildura in Victoria, the family plan to head towards the Northern Territory to chase the warm weather. 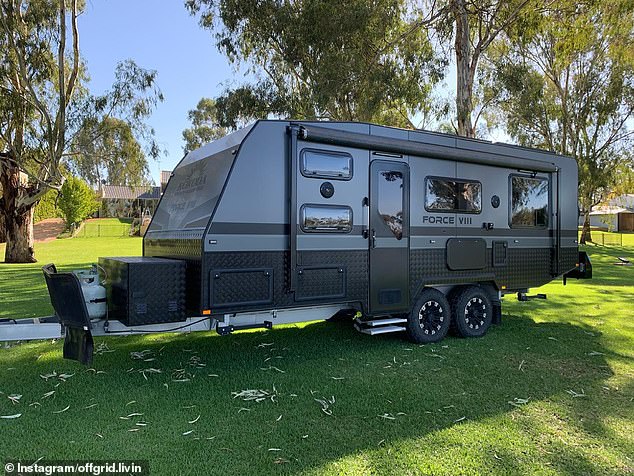 While they have no set plans on where exactly they’re going and when, they intend to live out of their custom-built, self-sufficient caravan indefinitely.

The van was built for off-grid living with solar panels and lithium batteries able to store more than 600 hours of electricity.

It has high ceilings to accommodate Joey’s 200cm height, a queen bed and bunks as well as a fully-equipped bathroom and kitchen with a coffee machine, air fryer and microwave.

After selling their house, the pair bought a 20-foot shipping container to store valuable and irreplaceable items like furniture, family photo albums and the girl’s trophies. 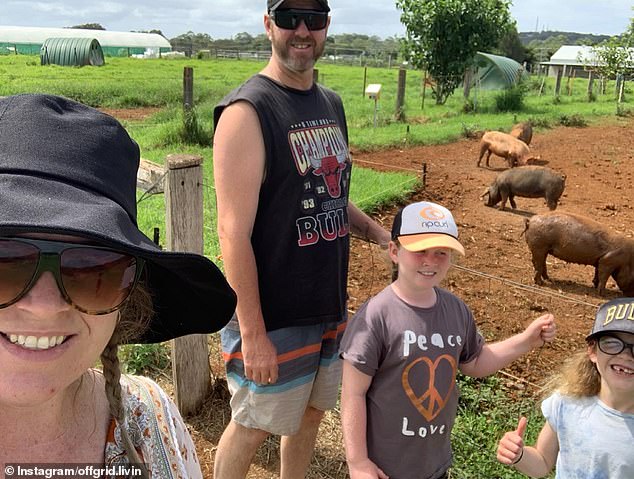 Residing currently on the banks of the Murray River not far from their old home near Mildura in Victoria, the family plan to head towards the Northern Territory to chase the warm weather

After tying up all their loose ends, leaving their 9-to-5s and committing to a life travelling, Tamara said she was inundated with messages online.

She said people were saying they always wanted to do the same or were waiting for the kids to become old enough.