There was a lot of love and laughter shown when a community-driven women’s group, the Midland 100 Club, recently met and selected two local non-profit organizations to financially support their services.

The group, which is made up of almost 600 members, meets at the Midland Center for the Arts three times per year and selects two beneficiary organizations at each meeting. The two organizations chosen in May were the MyMichigan Health Infusion Center and Midland County Search and Rescue. 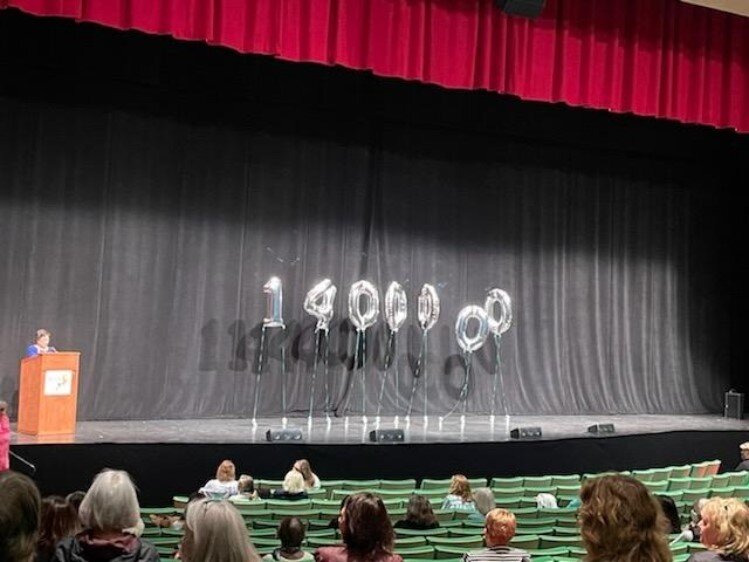 The Midland 100 Club has donated over $1.4 million.
Lori Hillabrand presented on behalf of The Infusion Center, which treats 85-125 patients each day for transfusions of blood products, immunotherapy medications and chemotherapy. The visits average 4-5 hours during which patents are attached to IV poles, thus confining them to chairs or recliners. The Food and Nutrition Program (Snack Shack), run entirely by volunteers for several hours a day, “makes a big difference,” says Hillabrand. They serve food to patients offering a warm meal, beverage, snack along with personal interaction. Although not covered by insurance, the food is offered free of charge. The annual expenditure has been about $7,500 and is expected to increase with inflation.

Valerie Chaplin presented on behalf of the all-volunteer organization which assists the Midland County Sheriff in ground searches for missing people thought to have wandered away or lost. According to Chaplin, frequently, these are elderly, children and special needs people. After background checks, the volunteers must prove proficient in CPR, foreign body airway obstruction and first aid. Search Managers must also complete FEMA training in incident command. Currently the team of 20 provides their own personal gear, travel expenses and training. A 3-year budget for training volunteers and equipment totals $24,800. Two other organizations – Lisa Thompson with Self Love Beauty and Terri Collins with The Midland County Humane Society – also presented. 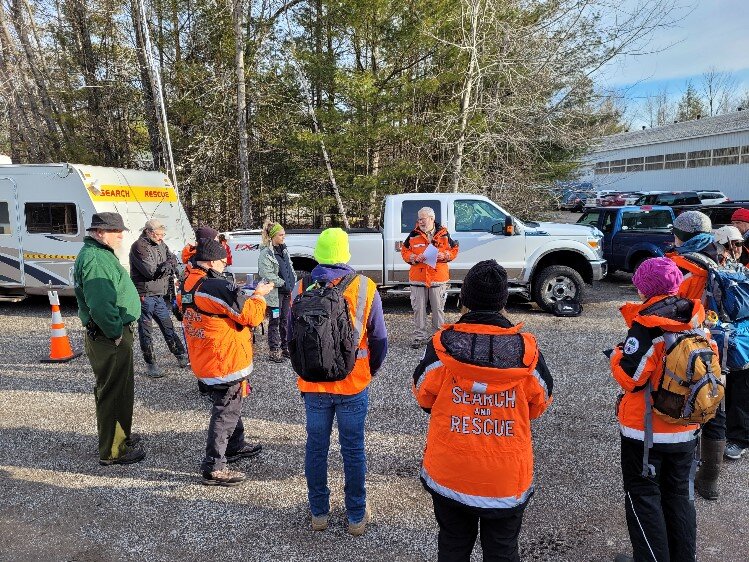 Midland County Search & Rescue was the recipient of donations from The Midland 100 Club.
How it works:

Those organizations who are interested in presenting their needs to the group must have a valid 501(c) (3) and not have a religious affiliation. At the meeting, four local organizations’ names are placed in a hat. Two names are then drawn and get the chance to do a 5 minute presentation to the club. The club then votes for two groups that same evening. Women are ready to donate at least $50 with a check or cash in hand. 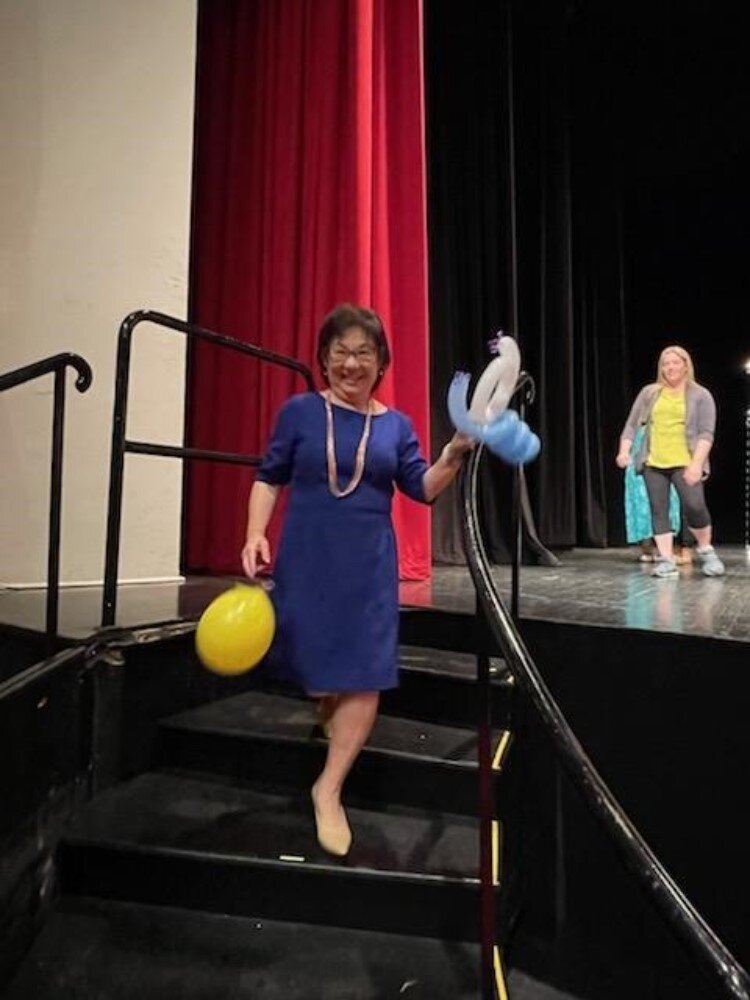 Tina Van Dam is the chairperson of The Midland 100 Club.

The concept is simple, says club chairperson, Tina Van Dam. Van Dam says making the choice is “tough” among the nominees. Long time member Allison Wilcox organized electronic voting with a few members choosing paper ballots. While the votes were being tallied, the two funds funding during the January cycle thanked the Midland 100 Club and explained the use of the funding. Both organizations express gratitude to the group. Past recipients included the Midland Country Fairgrounds and the Village of Sanford.

Van Dam says the club has raised $1,400,378 thus far in 13 years. The funds have been contributed to 47 different non-profits in the community, some of them more than once. Club members have also served as volunteers, resource suppliers and board members for community groups, giving of time and service. The same evening, the Shelterhouse Resale Shop collected bags and boxes of merchandise during a curbside drop off donations that was valued at $2,400 plus $60 in cash donations, says Van Dam. 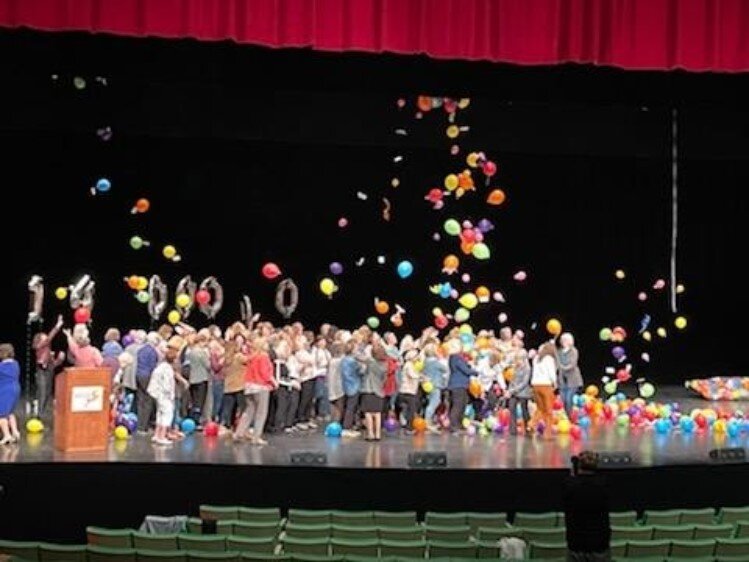 The Midland 100 Club celebration at the Midland Center for the Arts.

Following the meeting, a thousand balloons of many colors floated down as members gathered on-stage briefly. Paper million dollar bills designed for the Club dangled from the balloon impacts and represented “our significant community,” says Van Dam, “We enjoyed the celebration.” The Midland 100 club will host another campaign this fall.