A grieving family has lost more than $24,000 after a travel website allowed them to book pricey flight tickets – even though Covid travel restrictions mean they were completely banned from entering the transit country.

New Zealand couple Kelly Konsten and Hedley Ruffell booked return flights to the Netherlands for themselves and their daughter after Ms Konsten’s mother died unexpectedly.

The family desperately scoured the internet for flights and found tickets on Kiwi.com that promised a relatively short journey, departing the next day from Auckland to Amsterdam via Guangzhou, China.

However the couple was ‘utterly bewildered’ when China Southern Airlines staff told them they could not board the flight because they were not allowed to transit through China.

‘He actually expressed disbelief that we had been able to book tickets,’ Mr Ruffell Stuff.

‘He kindly checked the system and found out Kiwi.com had booked two separate flights, instead of one continuous journey with a transfer.’

A New Zealand family was not allowed to board their flight from Auckland to Amsterdam, via Guangzhou, China, after staff told them they were unable to transit through China due to strict lockdown laws (pictured, Auckland International Airport)

China imposed a strict ‘zero Covid’ policy on April 1 after a deadly surge in Omicron cases gripped the country.

The entire country was locked down, with all visas suspended, including transit ones.

Mr Ruffell was told the airline would not have allowed them to book the route as a single journey because of the imposed travel restrictions.

‘It was surreal to be standing all packed and prepared at the airport, only to be told we couldn’t board,’ he said.

‘Our initial doubt turned into despair and grief when we realised we would miss the funeral.’ 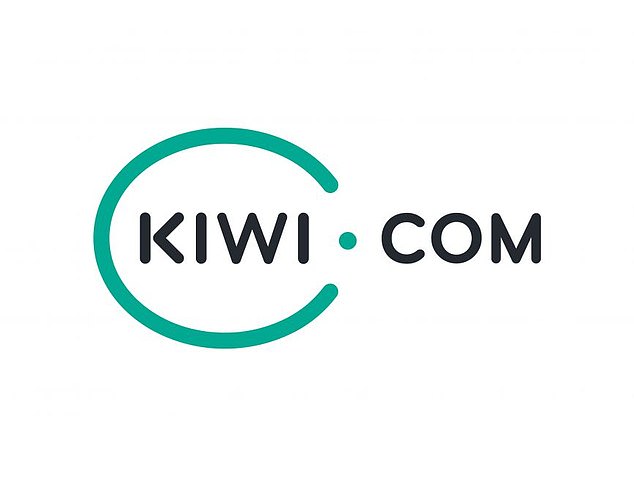 Kelly Konsten booked flights for herself, daughter and husband through Kiwi.com – a Czech Republic based travel website (Pictured)

Kiwi.com, which is based in the Czech Republic, denied accountability and refused to refund the family their tickets.

Kiwi.com’s refund policy states passengers are eligible for a refund if the flight is canceled up to 48 hours before its scheduled departure.

A for kiwi.com said while the alert family’s situation was ‘upsetting’, passengers were alerted multiple times during the online booking process as a reminder to check requirements.

‘The policy with most airlines is that they consider this a passenger error, and they will not return the money for a flight not boarded unless it is a class of ticket, such as business or first class, that allows for cancellation or rescheduling,’ Kiwi.com said.

The travel company said it offers a broad range of global travel options and does not block the display of restricted routes as they might be viable for other travelers.

‘We only booked the tickets 24 hours ago,’ Mr Ruffell said.

‘We obviously missed the opportunity to be present at her (Kelly) mother’s funeral and this can never be made up for.

‘We feel scammed and taken advantage of at a time of already high distress.’

Under the ‘travelling during Covid-19′ information page, the website says it is the passengers responsibility to check official regulations’ and to ensure they are eligible to travel to any layover stops on the way to their destination. 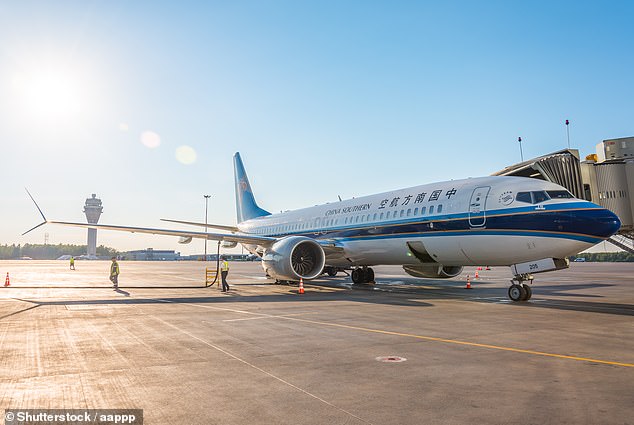 Shocked China Southern Airlines staff told the family the airline would not have allowed them to book the route as a single journey since China has suspended all visas, including transit visas (pictured, China South Airline’s Boeing 737-8)

With a 1.2 star rating on Product Review, it’s not the first time Kiwi.com has left customers frustrated.

The company has received 322 one star reviews on its refund and cancellation policies, communication and customer service.

‘My flight was rebooked for the next day but my connecting flight wasn’t and as a result I was stranded for 14 hours with no other option, even after requesting for another ticket, had to book my own flight home,’ a reviewer wrote on Tuesday.

‘Another bad review, Do NOT use this company under any context,’ a second said.

‘I have never written a review in my life. However the way Kiwi treats their customers is disgraceful. I write this to prevent others from making the same mistake. Do not book anything with this company,’ a third said, claiming they were still waiting for a refund 12 months after booking their flight.