Australian pets won’t be raking up their own air miles anytime soon despite changes to aviation regulations allowing them to fly inside plane cabins with their owners.

Last December, Australia’s Civil Aviation Safety Authority (CASA) changed its regulations to allow pets to sit with their owners in the passenger cabin – if the airline allowed it.

Back when the issue was first up for debate in July, 2021, Virgin was the only airline that said it was considering the pets’ upgrade from cargo to cabin.

Last December Australia’s Civil Aviation Safety Authority (CASA) changed its regulations to allow pets to sit with their owners in the passenger cabin, if the airline allowed it

However, it’s been six months, and none of Australia’s three major airlines – Qantas, Virgin, and Jetstar – have shown signs of changing their pet policies.

At the time of discussion CASA spokesman Peter Gibson said it would be up to the airlines to ensure pets and people were traveling safely together on flights. 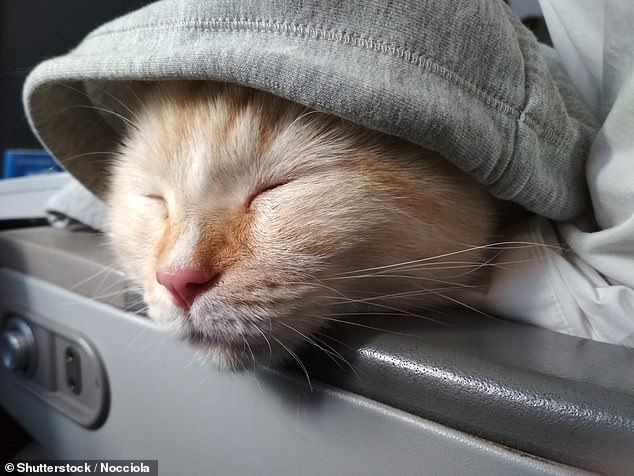 None of Australia’s three major airlines – Qantas, Jetstar, and Virgin – have shown they will implement new laws and allow pets to fly in the passenger cabin with their owners

Public opinion has remained divided on the subject, with some keen to bring their furry family members while others are concerned about allergies and behaviour.

Mr Gibson told ABC the CASA’s updated regulations were too broad for airlines to uniformly implement.

‘It just talks about animals — so theoretically, it could be a boa constrictor,’ he said. 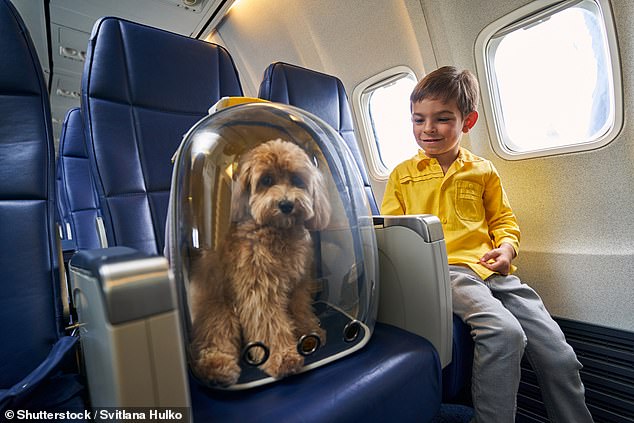 ‘At a serious level, you’ve got people who can be highly allergic to animals, so you’ve got to take that into account.

‘Some people get bad asthma, so that’s a serious issue. Other people just get freaked out by snakes.’

In order for airlines to meet safety regulations and introduce pets in cabins, they would need to ensure pets do not block cabin aisles or exit rows.

The airlines would also need to have procedures in place so that the pets can be properly restrained during an emergency. 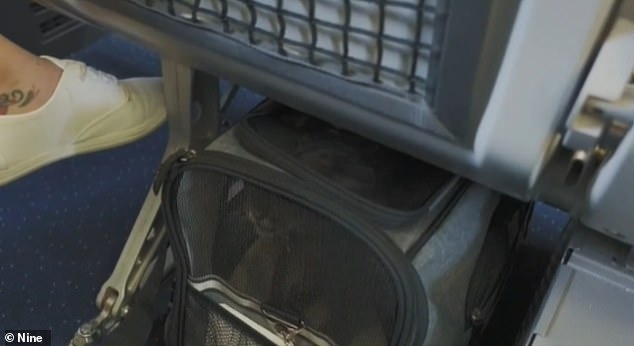 This could mean small pets would be required to sit on the passenger’s lap or remain in a carrier throughout the flight, while bigger pets could need a whole extra seat of their own.

Service dogs are currently required to have a ‘moisture absorbent mat’ during cabin flights so it’s likely airlines would choose the mats to also address other animals’ bathroom needs.

Several European countries already allow cats and dogs that weigh less than 6kg to fly in the passenger cabin.

However Mr Gibson said it seems airlines aren’t ‘bothered’ to go to the effort of creating new procedures just so pets can have a more luxurious ride. 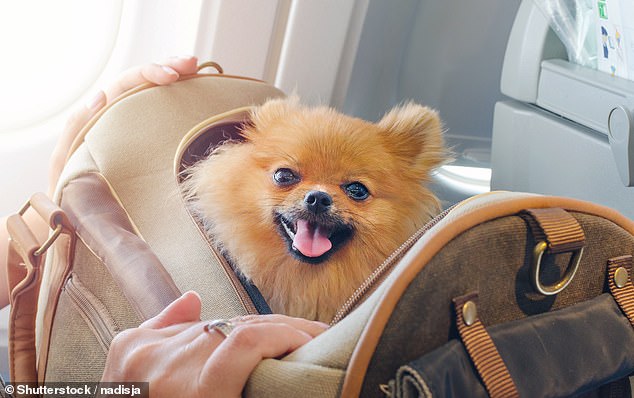 Airlines would be res;onsible for creating emergency safety procedures for pet cabin travel including addressing bathroom needs and restraints in situations

Service dogs must adhere to a series of restrictions while flying that include wearing a harness, holding the proper qualifications for flying, and remaining restrained during the flight.

However emotional support dogs are still up for debate, with Virgin allow them in the cabin on flights to and from the US while Jetstar confines them to cargo.

Virgin only allows cats and dogs under 65kg (including the weight of their carry crate) to travel in cargo.

Qantas allows a broad range of animals to travel in cargo including cats, dogs, guinea pigs, rabbits, some domestic fish, and domestic birds

Jetstar redirects customers looking to travel with pets to Qantas, saying it ‘is not equipped’ to transport animals