The Grand Daddy Hotel in the center of Cape Town, South Africa is applicable. Guests are checking in at the reception desk, there’s a gin tasting on the second floor while cocktails are served on the rooftop terrace. Manager Dane van Heteren has one word to describe how he feels about all of the activity: “Finally.”During the pandemic, the small hotel had to close temporarily; staff were laid off and salaries cut. Now, he says, things are finally looking up. Before the pandemic, the occupancy rate was regularly above 80%. In February, van Heteren was pleased to have reached the 50% mark again.

For months, the city center felt like a ghost town — but not anymore. Tourists are once again strolling through the streets, and new restaurants have opened. The rush-hour traffic jam is back, too. In April 2022, according to the Cape Town Tourism authority, 74% more international tourists arrived in the city than in April 2019 before the pandemic started. Many airlines that reduced their flights during the pandemic are now adding offerings.

Positive trends outside of South Africa

Elcia Grandcourt, Africa Regional Director of the UN World Tourism Organization, recently attended Africa’s largest travel trade show in Durban and received a lot of positive feedback from tour operators. The UN World Tourism Barometer, as of January 2022, shows a 51% year-over-year increase in international tourist arrivals to Africa. Many countries are now benefiting from promotional campaigns that took place during the pandemic, Grandcourt says. Destinations such as Kenya, Morocco, Tunisia, Cape Verde and Mauritius have thus managed to remain sought-after destinations. In addition, travel between countries on the continent has become more important. More and more Africans are staying on the continent for their vacations. 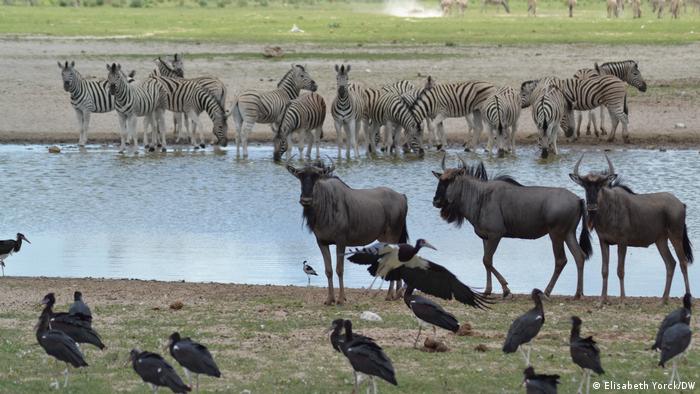 Safari tours again at last: Tourists get up close to the animals in Etosha National Park in Namibia

“But there are new concerns. The Russian military offensive in Ukraine and the subsequent economic impact will also have an impact on the travel sector,” Grandcourt explains, adding that the sector will not recover as quickly as many had hoped.

Travel restrictions still exist in some countries, and rules are constantly changing. 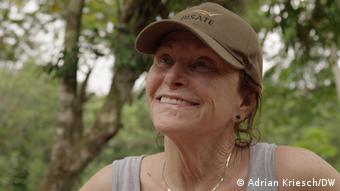 Tourist Jane Berky, from the US, was affected by some of the pandemic-related changes during a recent trip to the Republic of the Congo. She originally planned to take her trip to see the gorillas in the north of the country two years ago, but had to postpone it due to the pandemic.

When the tour was finally possible again, it fell through at the last minute. She couldn’t take the original flight she booked because transit rules had spontaneously changed in Kenya, a stopover on her trip. She had to rebook her flight.

“This is the world we live in now,” Berky says. “You can sit at home and let it all pass you by. Or you can travel and make the best of it. Would it be better without those restrictions? Of course it would. But would I not travel because of it? Of course not .”

Berky was happy she was able to observe a group of gorillas in the jungle — from a distance and while wearing an FFP2 mask. And Raphael de Laage de Meux is happy to finally have guests like Berky again. He works for the Congo Conservation Company, which finances its conservation projects with eco-tourism for wealthy travelers. Guests pay more than $10,000 (€9,600) to visit. “The tourists bring income to the people here,” he says. “Ninety-nine percent of our employees come from the village. So the national park generates value for them as well. They see that protecting the park also brings additional income.”

For more than a year, there were no tourists in the region.

“Unfortunately, people are not booking far in advance like they were before COVID,” van Heteren says. “We’re getting more and more last-minute bookings. That’s a curse and a blessing at the same time.”

He hopes normalcy will return when the next peak season begins later this year. South African winter begins shortly, and few travelers go to Cape Town then. At the same time, COVID infection figures are currently on the rise again, with a fifth wave beginning in South Africa.

And even if virologists are still giving the all-clear because of low hospital admissions, Dane van Heteren has learned in recent months to be cautiously optimistic. “With the first wave, we said: This will never happen again. And then waves two and three came, and we learned our lesson.”

This article was originally written in German.